Pratik Thanki is a Software Engineer at Trayport, developing tools and features purpose-built for the energy trading markets. In this blog post, he takes a deep dive into his passion for football through his NFL play-by-play API, FourthDown, and shows how Grafana Cloud is central to his observability stack.

FourthDown is an API that allows data-obsessed NFL fans to access all sorts of information, from schedules and team details to play-by-play game data and players’ combine workouts.

The motivation behind developing this API was to create a language-agnostic tool for accessing play-by-play data, as existing tools/libraries cater to Python/R users. (The API leverages data from the open source R package, nflfastr.) The FourthDown API, which is organized around the HTTP REST protocol, has predictable resource-oriented URLs, returns JSON-encoded responses, and uses standard HTTP response codes and verbs.

Most endpoints share the same set of base query parameters: GameId, Season, Team, and Week. This API is documented in OpenAPI format and supported by a few vendor extensions.

On the back of the announcement of a new free plan earlier this year, I was excited to use Grafana Cloud to monitor FourthDown.

So excited to monitor my nfl play-by-play api! 🏈 https://t.co/Y1jDBHs5WZ

The API is designed with observability in mind, and leverages the powerful capabilities of Prometheus and Jaeger. My prior experience with these tools helped me integrate them faster to collect monitoring data.

From a technical perspective, the API is designed and built on ASP.NET Core and utilizes the Repository Pattern. The overall architecture of the API is described below.

Application observability was designed with three key components in mind:

Logging: information about events happening in the system, which can vary from instances of throwing out-of-memory exceptions and app configuration on startup not reflecting expected values. Useful for getting a complete understanding of what has occurred in the system.

Tracing: information about end-to-end requests received by the system. A trace is similar to a stack trace spanning multiple applications. Traces are a good starting point in identifying potential bottlenecks in application performance, such as asynchronous web requests, serialization, or data processing.

Metrics: real-time information of how the system is performing. KPIs can be defined to build alerts, allowing for proactive steps when performance degrades. Compared to logs and traces, the amount of data collected using metrics remains constant as the system load increases. Application problems are realized through alerting when metrics exceed some threshold. Examples include CPU usage being higher than before, increase in 5xx requests or average response times.

After we went live with the monitoring capabilities, it was evident that API performance was sub-optimal. This was easy to spot with Jaeger. Here’s an example trace of synchronous HTTP web requests:

Quickly finding this bottleneck that was directly impacting end-user performance was a big win. In this case, improving how multiple HTTP web requests were being sent saw a five-fold improvement in response times. We get the following trace with this change:

Monitoring the state of the API:

Getting started with Grafana Cloud inspired me to look further into other aspects of monitoring, and  I now appreciate the open source observability ecosystem — Prometheus, Jaeger, and Grafana, not to mention other frameworks and libraries I didn’t use for this project.

Next up, I want to expand my use of Grafana Cloud with Prometheus-based alerting to move towards proactive monitoring and incorporate application logging with Loki. 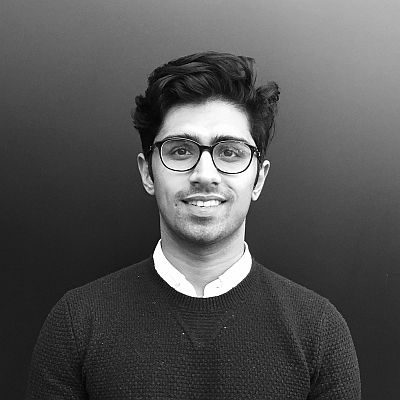 Meet the Grafana Labs team: Recruiter Michaela Guzzi, who is helping to build our Go-to-Market team

Don't miss our new series of live demo webinars kicking off March 4: Getting started with Grafana and observability

Here’s a step-by-step guide to setting up monitoring for your Raspberry Pi project on Grafana Cloud.
Read more

Mixins have the potential to allow collaborative OSS efforts to turn the tide of monitoring complexity in the face of the explosive growth of production systems.
Read more

With Grafana Cloud integrations, you will have a Prometheus- and Grafana-based observability stack, including preconfigured dashboards and alerts, up and running in minutes.
Read more

For Hiya, one of the key selling points was the fact that Grafana Cloud is powered by Cortex.

Thanks to its adoption of Cortex last year, the monitoring team has been able to ensure stability at growing scale.