In helping users unify and contextualize all their observability data, Grafana is completely database-agnostic. “We believe that organizations get the best view of what’s going on when they pull in their data from wherever it lives,” said Raj Dutt, CEO of Grafana Labs, the company behind Grafana. And as of this week, “We’re super excited that that data now includes New Relic for open source Grafana users.”

To announce the new partnership, Dutt and New Relic CEO Lew Cirne got on Zoom for a chat about why they joined forces, and what this means for both communities.

“Virtually every one of our customers love Grafana. It’s everywhere, in our customer base and beyond,” said Cirne. “And so when we decided to make Telemetry Data Platform our first-class product, we knew that it had to work great with Grafana. We made that a core requirement at the launch of it. So we reached out to Raj and the team. We want to make sure that the Grafana team felt like the integration and the capabilities we offer works well. And we’re delighted that that’s the case.”

All New Relic customers can sign up for a 30-day free trial of Grafana Enterprise – which includes data source integrations for dozens of commercial vendors in addition to features around scalability and security that are purpose-built for large organizations – and then interface with New Relic using either NRQL or PromQL.

For both New Relic and Grafana Labs, native Prometheus support is a key part of the partnership. “Prometheus is now the most popular metrics database amongst Grafana users, and Grafana is the de facto visualization software for Prometheus,” said Dutt. “So one of the most exciting things is that New Relic is another really good Prometheus backend that gives developers choice in terms of where to store their Prometheus data. There are a variety of other open source tools that natively support Prometheus, such as Timescale and InfluxDB, and other cloud providers that support Prometheus, including our own Grafana Cloud product. So Prometheus has really become a de facto standard, and I think this really bodes well for the Prometheus community, because New Relic supports the native Prometheus APIs.”

For more of Dutt and Cirne’s conversation on observability, open source, and what’s next, read the full Q&A on the New Relic blog. 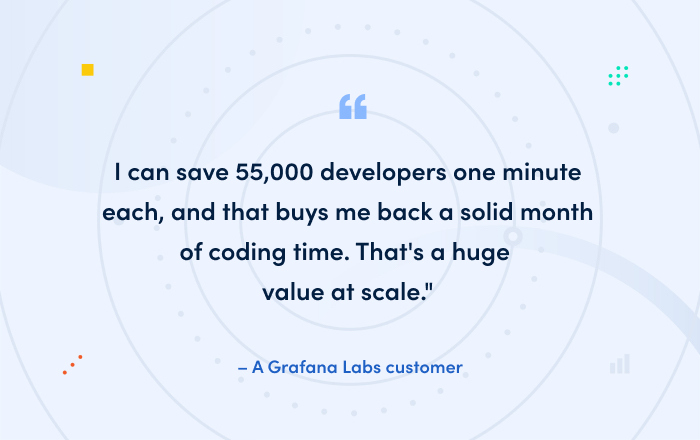