“Over the last five years, our customer base has grown from about 150,000 to in excess of 800,000 accounts, with our use of Grafana Enterprise being a trusted driver of that growth. And this year, we expect to hit £850 million turnover.”

“Grafana has, in some ways, made the invisible visible.”

“When you become a big business with all this data, you need to pull it together. And I think Grafana is the gel that pulls everything together from across the business to give us a real-time snapshot of how Utilita’s doing at any given moment. It’s incredibly valuable.” 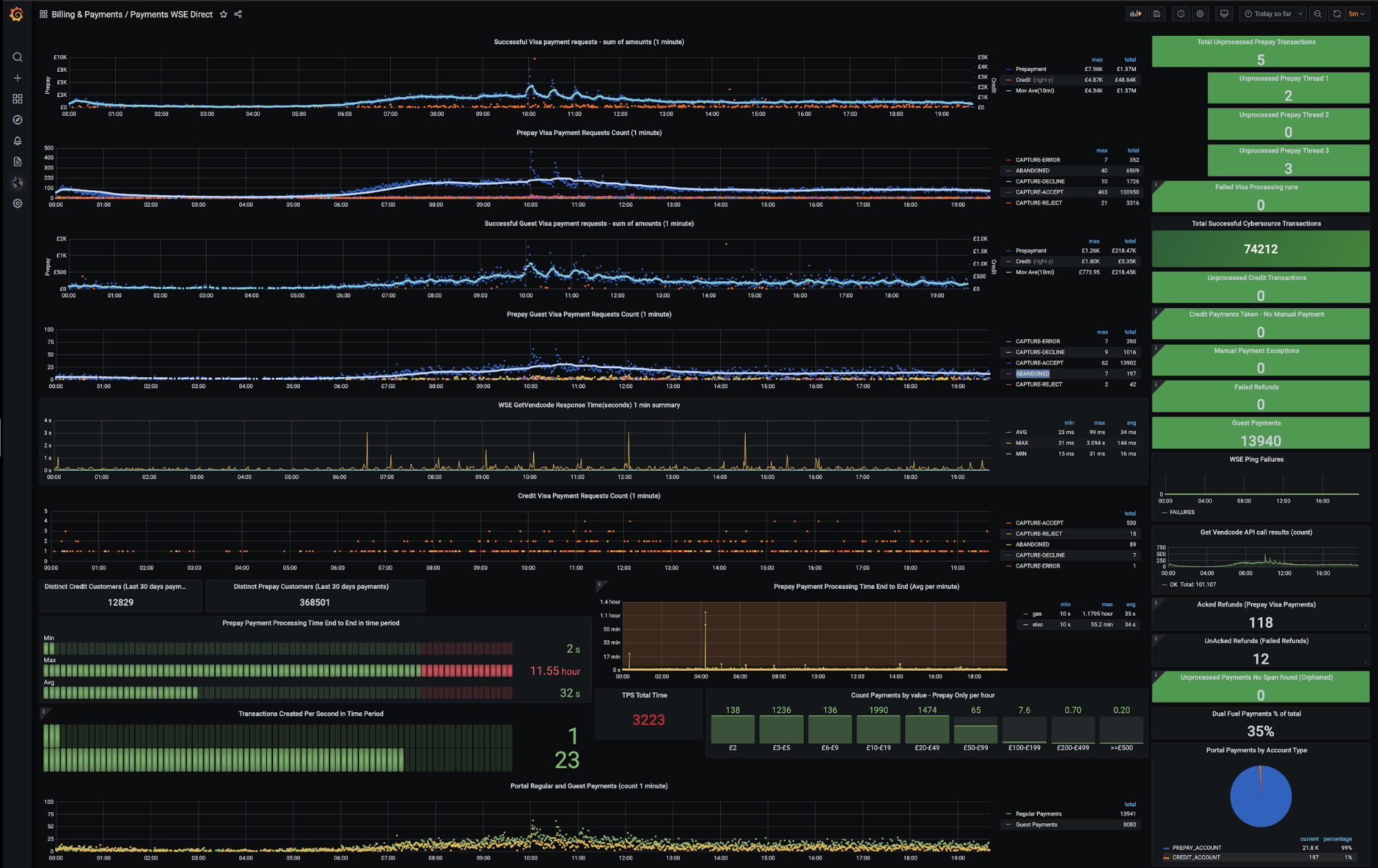 “Thanks to Grafana, we’re in a position now where we can add additional tech — digital products — quickly and efficiently, with very low additional cost to the business.”