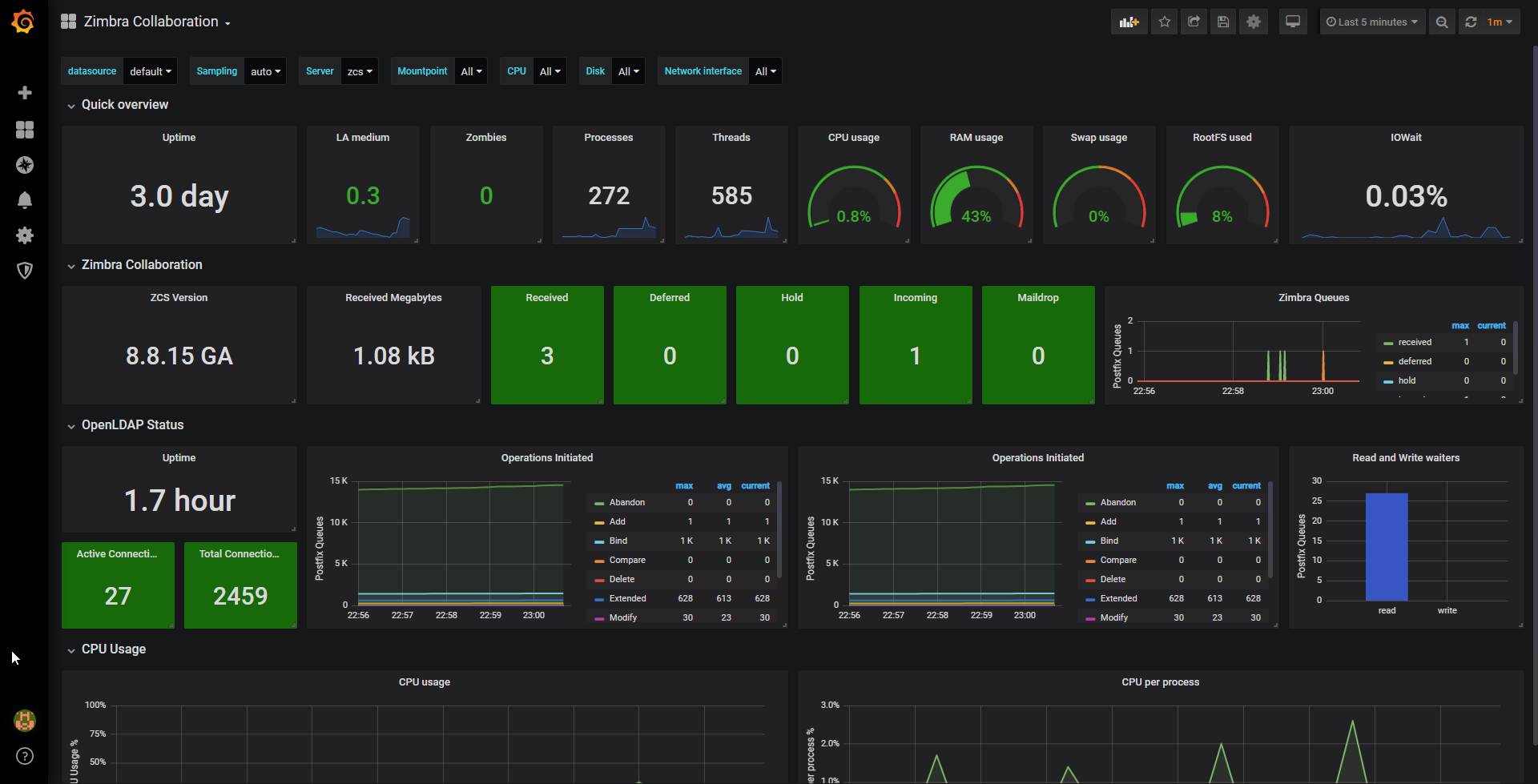 Download the checkzimbraversion.sh scripts from the GitHub repository and save it on the next path:

This is just a v0.3 of this Dashboard, the next step will be to use the Zimbra SOAP API to obtain some extra information from the Zimbra Collaboration Environment, like:

In next versions we will parse directly the logs and put the attempts of logins, and successful logins on a map.

Reviews from the community