Prometheus: what the future holds

It’s been nearly 2.5 years since Prometheus 2.0 released and 2 years since Prometheus graduated in the CNCF. You might say that clearly proves that Prometheus has become mainstream. However, that doesn’t mean Prometheus would be “done” now. The developer community is more active than ever. Let’s have a look at the highlights of the past year and at the things on the roadmap. The speaker is one of the Prometheus developers and would also be delighted to hear from you what you want to see next in Prometheus. 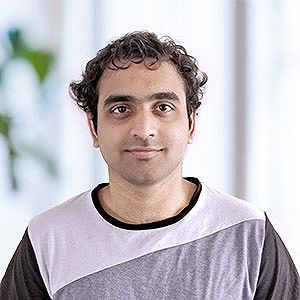 Goutham is a developer from India who started his journey as an infra intern at a large company where he worked on deploying Prometheus. After the initial encounter, he started contributing to Prometheus and interned with CoreOS, working on Prometheus’ new storage engine. He is now an active contributor to the Prometheus eco-system and was a maintainer for TSDB, the engine behind Prometheus 2.0. He works at Grafana Labs on Cortex and open source observability tools.