LogQL is Grafana Loki’s PromQL-inspired query language. Queries act as if they are a distributed grep to aggregate log sources. LogQL uses labels and operators for filtering.

There are two types of LogQL queries:

Binary arithmetic operators are defined between two literals (scalars), a literal and a vector, and two vectors.

Between two literals, the behavior is obvious: They evaluate to another literal that is the result of the operator applied to both scalar operands (1 + 1 = 2).

Implement a health check with a simple query:

Double the rate of a a log stream’s entries:

These logical/set binary operators are only defined between two vectors:

vector1 and vector2 results in a vector consisting of the elements of vector1 for which there are elements in vector2 with exactly matching label sets. Other elements are dropped.

vector1 or vector2 results in a vector that contains all original elements (label sets + values) of vector1 and additionally all elements of vector2 which do not have matching label sets in vector1.

vector1 unless vector2 results in a vector consisting of the elements of vector1 for which there are no elements in vector2 with exactly matching label sets. All matching elements in both vectors are dropped.

This contrived query will return the intersection of these queries, effectively rate({app="bar"}):

Comparison operators are defined between scalar/scalar, vector/scalar, and vector/vector value pairs. By default they filter. Their behavior can be modified by providing bool after the operator, which will return 0 or 1 for the value rather than filtering.

Between two scalars, these operators result in another scalar that is either 0 (false) or 1 (true), depending on the comparison result. The bool modifier must not be provided.

Filters the streams which logged at least 10 lines in the last minute:

Attach the value(s) 0/1 to streams that logged less/more than 10 lines:

Between two vectors, these operators behave as a filter by default, applied to matching entries. Vector elements for which the expression is not true or which do not find a match on the other side of the expression get dropped from the result, while the others are propagated into a result vector. If the bool modifier is provided, vector elements that would have been dropped instead have the value 0 and vector elements that would be kept have the value 1, with the grouping labels again becoming the output label set.

Same as above, but vectors have their values set to 1 if they pass the comparison or 0 if they fail/would otherwise have been filtered out:

When chaining or combining operators, you have to consider operator precedence: Generally, you can assume regular mathematical convention with operators on the same precedence level being left-associative.

More details can be found in the Golang language documentation.

Keywords on and ignoring

The ignoring keyword causes specified labels to be ignored during matching. The syntax:

This example will return the machines which total count within the last minutes exceed average value for app foo.

The on keyword reduces the set of considered labels to a specified list. The syntax:

This example will return every machine total count within the last minutes ratio in app foo:

Many-to-one and one-to-many matchings occur when each vector element on the “one”-side can match with multiple elements on the “many”-side. You must explicitly request matching by using the group_left or group_right modifier, where left or right determines which vector has the higher cardinality. The syntax:

The label list provided with the group modifier contains additional labels from the “one”-side that are included in the result metrics. And a label should only appear in one of the lists specified by on and group_x. Every time series of the result vector must be uniquely identifiable. Grouping modifiers can only be used for comparison and arithmetic. By default, the system matches and, unless, and or operations with all entries in the right vector.

The following example returns the rates requests partitioned by app and status as a percentage of total requests.

This version uses group_left(<labels>) to include <labels> from the right hand side in the result and returns the cost of discarded events per user, organization, and namespace:

LogQL queries can be commented using the # character:

There are multiple reasons which cause pipeline processing errors, such as:

When those failures happen, Loki won’t filter out those log lines. Instead they are passed into the next stage of the pipeline with a new system label named __error__. The only way to filter out errors is by using a label filter expressions. The __error__ label can’t be renamed via the language.

For example to remove json errors:

Alternatively you can remove all error using a catch all matcher such as __error__ = "" or even show only errors using __error__ != "".

For each timeseries in v,

matches the regular expression regex against the label src_label. If it matches, then the timeseries is returned with the label dst_label replaced by the expansion of replacement.

$1 is replaced with the first matching subgroup, $2 with the second etc. If the regular expression doesn’t match, then the timeseries is returned unchanged.

This example will return a vector with each time series having a foo label with the value a added to it: 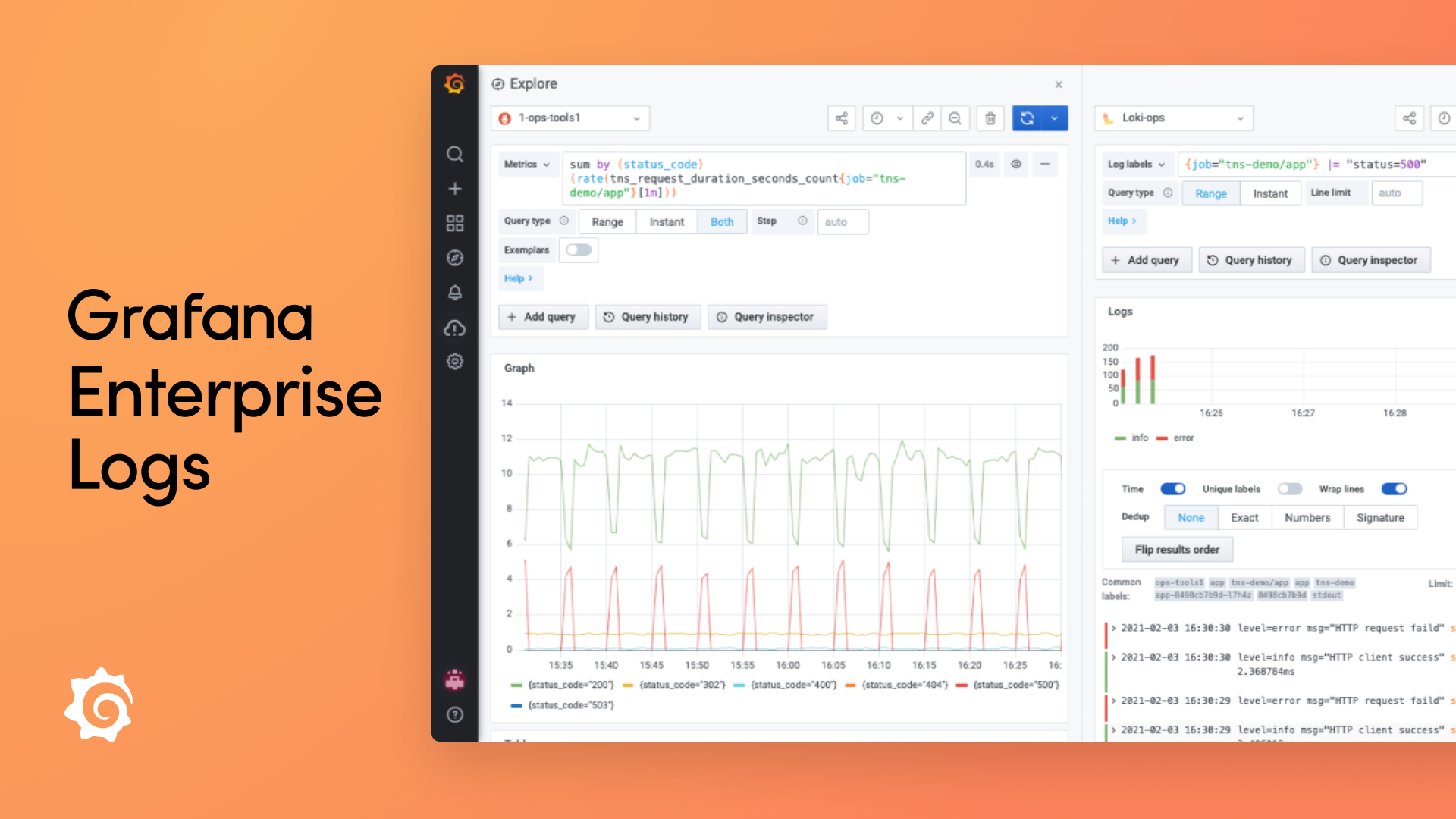