Open source at Grafana Labs in 2022: Year in review

At Grafana Labs, we’re all about open source, and this year we took it to a whole new level.

Many of you are familiar with the acronym “LGTM,” which is shorthand for “Looks good to me” and commonly used in code reviews. At Grafana Labs, LGTM has also been a guiding rubric in developing our observability stack. Up until this year, we already had our own “L” (Grafana Loki for logs), “G” (Grafana for graphs and visualizations), and “T” (Grafana Tempo for traces). In March, we rounded out our open source LGTM stack by adding the “M” with Grafana Mimir for metrics. Together they create a complete open, composable, interoperable observability stack powered by Grafana Labs and the open source community.

“We’re committed to making these core open source projects world class and continue to pour a lot of our resources into them,” Grafana Labs CEO and co-founder Raj Dutt said at GrafanaCONline 2022.

But we didn’t just stop there. We have also continued to innovate within the observability space and released three new solutions that play a part in our growing ecosystem:

And we’re inspired by the community to continue releasing impactful open source tools. “Our community, that’s our superpower,” Dutt said. “We get so much lift, so much feedback, and so much energy from the wider open source community — and it ultimately helps us build better open source software.”

Here’s a look back at some of the 2022 highlights in Grafana Labs’ open source projects.

I﻿n addition to the summaries below, y﻿ou can watch our Grafana Labs experts walk through the latest and greatest updates to our LGTM stack in the “LGTM: Scale observability with Mimir, Loki, and Tempo” ObservabilityCON session available on demand.

Started in 2018, Grafana Loki is a horizontally scalable, highly available, multi-tenant log aggregation system inspired by Prometheus. It has quickly become our second most popular OSS project behind Grafana, in part, because it’s designed to be cost effective and easy to operate.

For more information, check out our most recent Loki blog posts, Grafana Loki documentation, and the Grafana Loki release notes.

Our flagship project, Grafana is used to query, visualize, alert on, and understand metrics, regardless of where they’re stored. Grafana reached an important milestone this year, surpassing 1 million instances — as well as our wildest dreams with all the inventive ways people put it to use everyday.

Some of the notable enhancements between our first release of 2022 (v8.4) and our most recent one (v9.3) focused on making Grafana more accessible and easier to use. And, of course, there were new ways to make your dashboards more dynamic and impactful. Here are the highlights:

To learn more, read our most recent Grafana blog posts, check out our Grafana documentation, and the What’s new documentation for each Grafana release.

Grafana Tempo, a highly-scalable distributed backend for tracing data, has continued to build momentum since it became generally available last year. Here’s what was added to Tempo in 2022:

There are big advancements on the horizon for Tempo in the new year, but until then, learn more in our recent Grafana Tempo blog posts, our Tempo release notes, and our Grafana Tempo documentation.

We were thrilled to add Grafana Mimir to our composable stack in March 2022. Mimir is the most scalable, most performant open source time series database in the world, and we’re just getting started. Here’s what we have rolled out in the first nine months of the project:

To learn more, check out our blog posts about Grafana Mimir, the Mimir release notes, and the Grafana Mimir documentation.

A﻿long with updates to Grafana k6, our open source tool for load testing; Grafana Agent, which collects and forwards telemetry data to open source deployments of the Grafana LGTM Stack, Grafana Cloud, and Grafana Enterprise; and Grafana Tanka, the clean, concise and super flexible alternative to YAML for your Kubernetes cluster, we introduced three new open source tools in 2022.

Grafana OnCall was launched in November 2021 as an easy-to-use, on-call management tool in Grafana Cloud that helps reduce toil for DevOps and SRE teams. In June, we released the open source version of Grafana OnCall, which is designed for self-managed and on-premises deployments, including use cases where there are certain security requirements, third-party sensitive data, or limited connectivity. Here’s what Grafana OnCall OSS can do:

Announced at ObservabilityCON just last month, Grafana Phlare is a horizontally scalable, highly available database for the storage and querying of profiling data. Here is a sampling of Phlare’s features:

To help you use continuous profiling to understand your application performance and optimize your infrastructure spend, we’ve also released a Grafana data source for Parca, another open source profiling database as well as a flame graph panel in Grafana that can be used by anyone to build dashboards that display profiling data next to data from any number disparate data sources.

For more information, you can check out our ObservabilityCON keynote, our Grafana Phlare blog posts, and the Phlare documentation.

Also announced at ObservabilityCON, Grafana Faro is an open source project for frontend application observability. It captures observability signals, which can then be correlated with backend and infrastructure data for seamless, full-stack observability. Here’s what you need to know about Faro:

Interested in hearing more? You can watch the ObservabilityCON keynote on demand or read the announcement blog post as well as the Grafana Faro web page.

We believe in a “big tent” philosophy, which means we prioritize interoperability with the wider open source observability ecosystem. And for our engineers, that means going beyond the Grafana Labs repos. “Aside from our projects, we’re also involved in other communities that work on projects that are in the inner orbit of Grafana Labs,” Dutt said. Here’s a quick glance at how we have enhanced other open source projects.

We want to hear from you about your observability practice! Fill out our short and easy observability survey. All responses will be kept anonymous, and you’ll be helping the community get a better understanding of the state of observability. 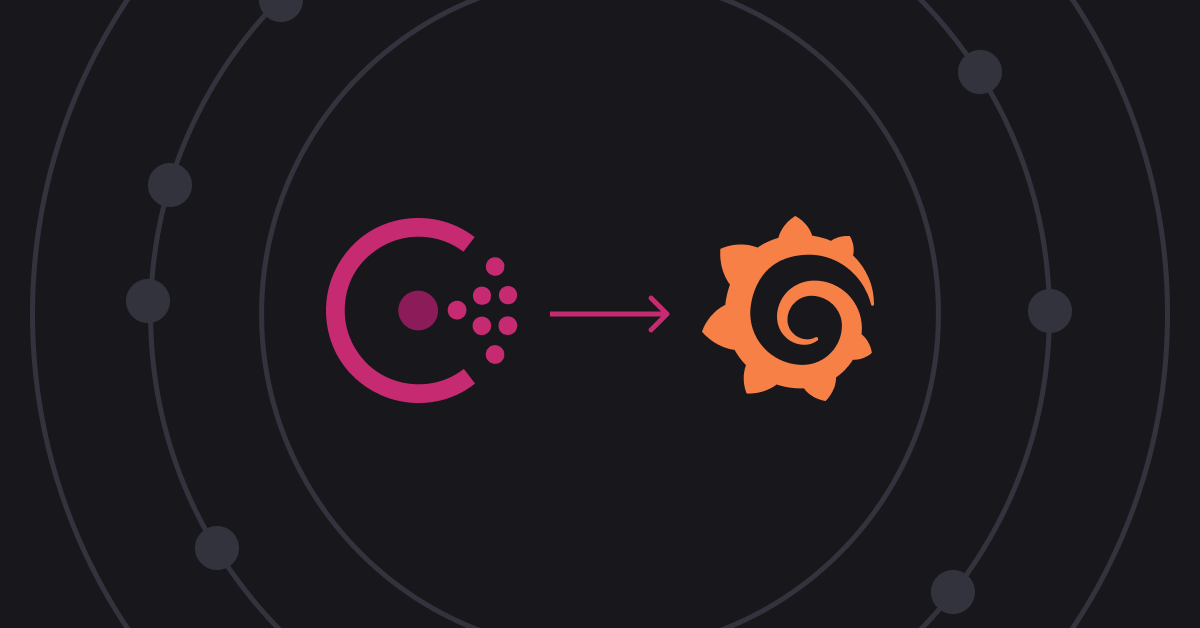 Inside the migration from Consul to memberlist at Grafana Labs 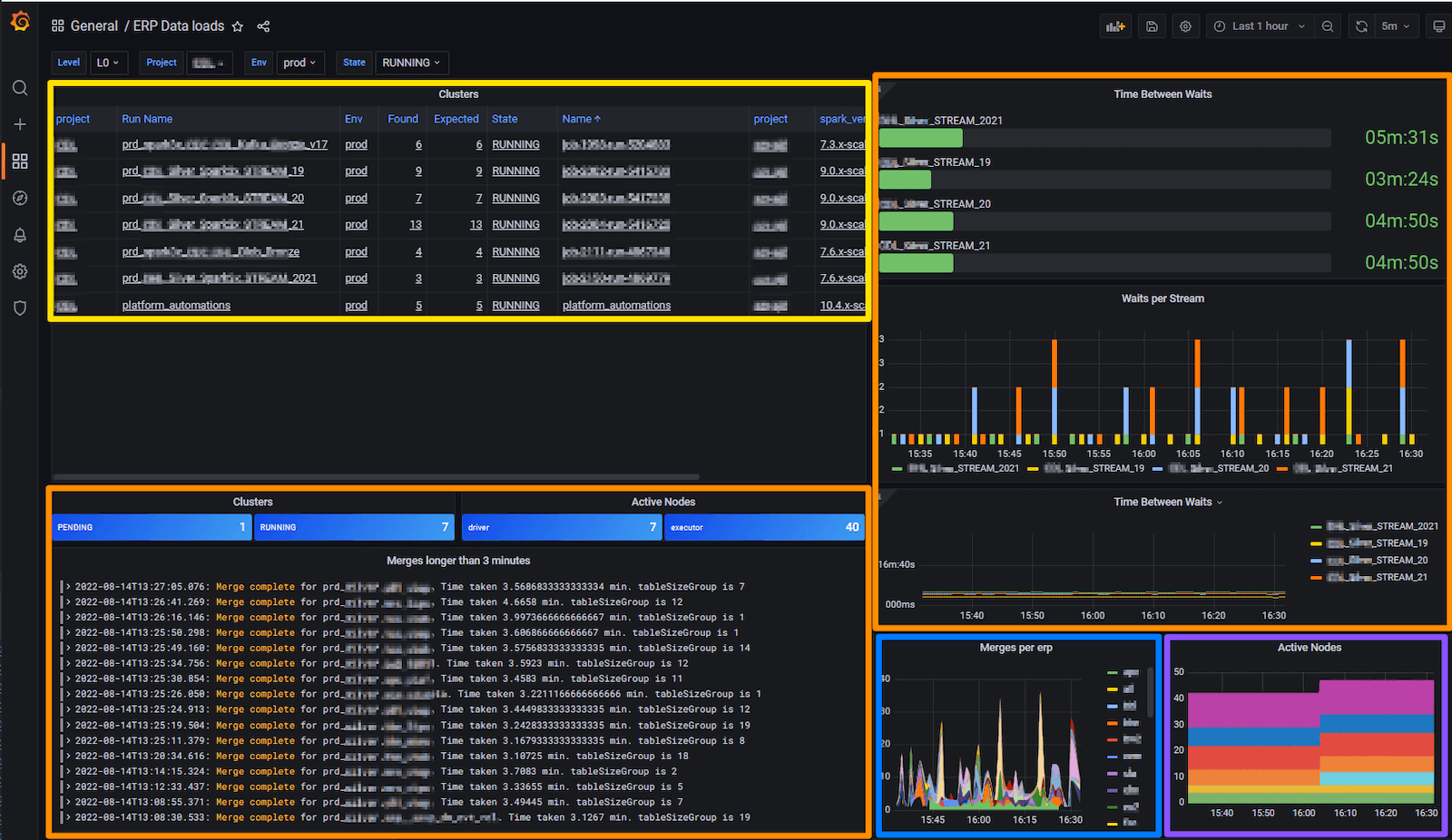 Troubleshoot in less than 60 seconds with Grafana: Inside NOS’s observability stack