In this post, we’re going to talk about tips for securing the reliability of Loki’s write path (where Loki ingests logs). More succinctly, how can Loki ensure we don’t lose logs? This is a common starting point for those who have tried out the single binary Loki deployment and decided to build a more production-ready deployment. Now, let’s look at the two tools Loki uses to prevent log loss.

Loki stores multiple copies of logs in the ingester component, based on a configurable replication factor, generally 3. Loki will only accept a write if a quorum (replication_factor / 2 + 1) accepts it (2 in this case). This means that generally, we could lose up to 2 ingesters without seeing data loss. Note, in the worst case we could only lose 1 ingester without suffering data loss if only 2 of the 3 replica writes succeeded. Let’s look at a few components involved in this process.

The distributor is responsible for receiving writes, validating them, and preprocessing them. It’s a stateless service that can be scaled to handle these initial steps in order to minimize the ingesters workload. It also uses the ring to figure out which replication_factor ingesters to forward data to.

The ring is a subcomponent that handles coordinating responsibility between ingesters. It can be backed by an external service like consul or etcd, or via a gossip protocol (memberlist) between the ingesters themselves. We won’t be covering ring details in this post, but it creates hash ring using consistent hashing to help schedule log streams onto a replication_factor number of ingesters.

The ingesters receive writes from the distributors, buffer them in memory, and eventually flush compressed “chunks” of logs to object storage. This is the most important component, as it holds logs that have been acknowledged but not yet flushed to a durable object storage. By buffering logs in memory before flushing them, Loki de-amplifies writes to our object storage, gaining both performance and cost reduction benefits.

Here are a few configuration settings in the ingester_config that are important to maintain Loki’s uptime and durability guarantees.

Now, let’s look at a few less essential, but nice to have, configs:

The second technique we’ll talk about is the Write Ahead Log (WAL). This is a new feature, available starting in the 2.2 release, which helps ensure Loki doesn’t drop logs by writing all incoming data to disk before acknowledging the write. If an ingester dies for some reason, it will replay this log upon startup, safely ensuring all the data it previously had in memory has been recovered.

Pro tip: When using the WAL, we suggest giving it an isolated disk if possible. Doing so can help prevent the WAL from being adversely affected by unrelated disk pressure, noisy neighbors, etc. Also make sure the disk write performance can handle the rate of incoming data into an ingester. Loki can be scaled horizontally to reduce this pressure.

Here are a few WAL configurations we suggest that reside in a subsection of the ingester_config:

That wraps up our short guide to ensuring that Loki doesn’t lose any logs. We find that between the combined assurances of the WAL and our replication_factor, we can safely say that no logs will be left behind.

Interested in learning more about Loki? Join me and Loki project lead Ed Welch on Feb. 18 for a live webinar, Observability with Loki 2.0. We’ll do a demo of new and updated Loki features, including improvements to the query language, so you can learn how to create metrics from logs and alert on your logs with powerful Prometheus-style alerting rules.

The easiest way to get started with Grafana, Prometheus, Loki, and Tempo for tracing is Grafana Cloud, and we’ve recently added a new free plan and upgraded our paid plans. If you’re not already using Grafana Cloud, sign up today for free and see which plan meets your use case. 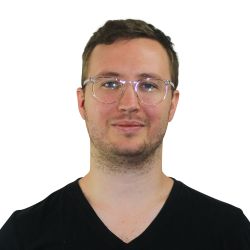 How to use LogQL range aggregations in Loki

Learn how range vector operations, combined with LogQL parsers and unwrapped expressions, can provide a new set of metrics in Loki.
Read more

In the first of a series of how-to posts, Loki maintainer Cyril Tovena shares tips for filtering logs effectively with LogQL.
Read more