• October 6, 2020 • 2 min
After five years leading the development of Cortex, Grafana Labs is no longer contributing to this project. In March 2022, we launched Grafana Mimir, an open source long-term storage for Prometheus that lets you scale to 1 billion metrics and beyond. To learn more, please read the read the TSDB announcement blog and visit the Grafana Mimir page.

We’ve just launched Cortex 1.4.0, one of the most significant releases of 2020. The big headline: The new blocks storage engine has exited the experimental phase and is now marked as Generally Available.

Blocks storage aims to reduce the operational complexity and costs of running a Cortex cluster at scale. In particular, it removes the dependency from a NoSQL database to store series indexes, and only leverages object storage (e.g., S3, GCS, or Azure blob storage) to store all the ingested series, without compromising reliability, scalability, or performance. Removing this dependency should significantly reduce the cost to run Cortex, as NoSQL databases tend to be quite expensive to run compared to object storage – whether you are paying a cloud provider to run it for you, or running on premise.

In blocks storage mode, the Cortex architecture looks like this:

If you’re familiar with Cortex, you’ll notice that the general architecture remains unchanged, with only the addition of two services: store-gateway and compactor.

Other notable developments in Cortex 1.4.0 include:

Finally, our recently released commercial offering Grafana Metrics Enterprise, which adds some great enterprise-specific features on top of Cortex, will of course include all of these new changes in a future release, as it brings along with it the full upstream Cortex. 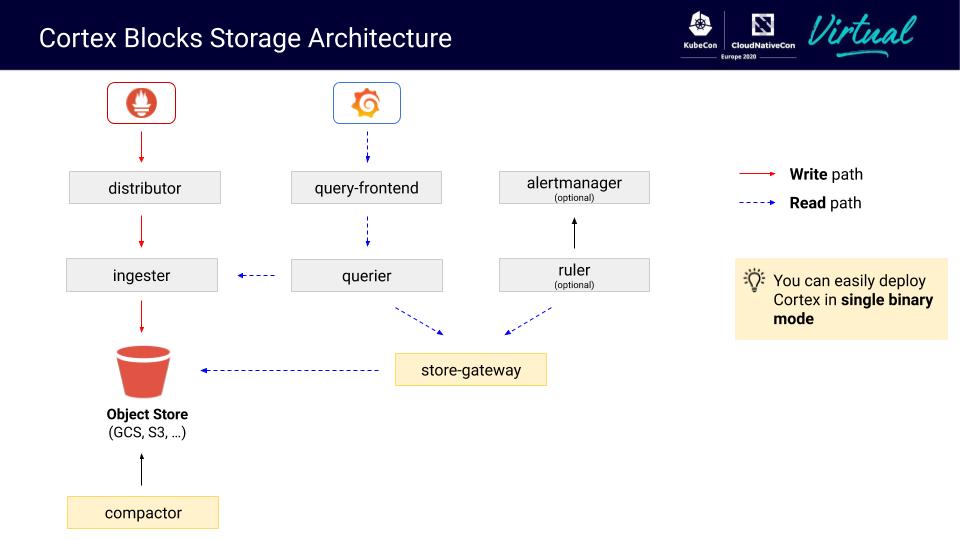 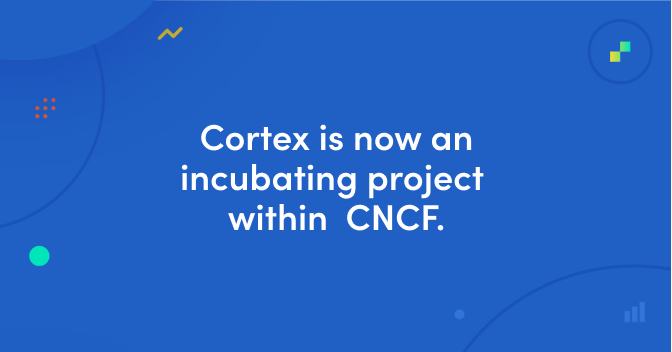