I live in beautiful rural Herefordshire in the U.K., roughly in the middle of nowhere… actually that’s no joke, there are about 5 or so towns, but they’re all about the same 30-40 minutes away in a variety of directions with very little but farmland and tiny villages in between. It’s also easier for me to get to almost any major city in Europe than it is to get to London!

I’m VP of Solutions Engineering here at Grafana Labs. Now what does that actually mean? Well, I run the global team of folks that are the interface between our commercial team, our engineering team, and most importantly our customers and prospects.

The Solutions Engineering team is heavily involved in running pilot projects with customers, ensuring that we really understand the technical challenges encountered and work out how our opinionated observability stack can help provide them with the solutions.

As for what my day-to-day actually looks like, it’s a mixture of putting out fires, occasionally lighting a few of my own, generally ensuring that my amazing team members are happy, motivated and have everything they need to get their job done. It’s critical that we’re all heading in the right direction in line with the rest of the company and our customers.

Beyond that, it’s recruiting as the company is growing so fast (shameless plug of course, but if you’re interested, head here for more information).

Nothing interesting on my GitHub, Twitter I avoid directly, however indirectly @RoaringElephant – more on that next…

A good friend of mine, Jhon, and I have been recording podcasts for the last +4 years, The Roaring Elephant Podcast – Bite Size Big Tech. We started it on a bit of a whim, with no idea what we were doing or even if anyone would listen… Our initial theme was more focused around Big Data and Hadoop, hence the elephant link, but since then it’s really evolved and morphed into its current state which is just big tech for the enterprise, all things cloud, data, open source, and generally other stuff we find interesting.

We mix it up between episodes that are centered around news articles we want to discuss, and topic shows which more often than not have interviews with guests that know much more about a given subject than we do!

Over 4 years, 180 episodes with more on the way, and a very healthy and still growing audience later, I think we’re doing pretty well. We’re on YouTube now, although it’s very early stages there. Our move to simultaneous video and podcast has many dependencies, not least of which is me solving my terrible internet issue!

Hmm, not sure if a mini digger, Polaris atv and a 24-ton log splitter count as gadgets?

Music for sure, but it’s got to be right. If I know pretty much what I’m doing and I just need to crank something out then I go rocky/punky/alternative at a good energizing volume. If the task is more creative in nature and I need to really come up with something from scratch, then I go for ambient/chillout in the background.

Working with my team. Whether it’s guiding them on their personal development, supporting them when they need it, or giving them recognition for the honestly amazing things they achieve, it’s all incredibly rewarding and I love it.

Favorite dessert is easy, lemon meringue pie… but my favorite food as a whole? There’s just so much I like, everything from BBQ to sushi. I had a chance to spend 3 weeks touring Italy all the way from Milan in the North down to Bari in the South, and I have to say I consistently had amazing food on that trip… so… maybe Italian?

Band of Brothers, for the “oh I don’t know how many’th” time. It’s some of the very best TV ever made in my opinion. Everything about it just draws me in, the fact that it’s based on reality, the interviews with the actual veterans that the actors are portraying at the start of each episode, through to just how it’s as realistic as they could make it without compromising the viewer’s experience.

What superpowers do you wish you had (or do you have!)?

I’d love the ability to slow down time, or even put it on pause while not aging myself and still being able to interact with the environment around me. There’s just such a lot to see and do in life, I think that superpower would make so many things much easier!

I always thought from a very young age the ability to locate anything by just thinking about it would be useful, especially if it was also accompanied by a giant colored beam of light which just shot from the object straight up into the sky… interesting thing is I may eventually experience something very similar to this in the future with the way chipping / tagging items along with augmented reality advances are going – you never know.

Do you have any hidden talents?

Finally I’m amazing at balancing things in random places and forgetting where I left them… not so much of a talent as a curse but hey, you can’t have everything!

What’s the last thing you’ve gotten off your bucket list?

We moved house just over a year and a half ago and now own a property which probably has two decades of “projects” and a woodland. This year will involve planting new trees, clearing a few fallen trees that have dammed up a river, demolishing a chimney, and a complete renovation of a bathroom and bedroom. Always plenty to keep me occupied and entertained. 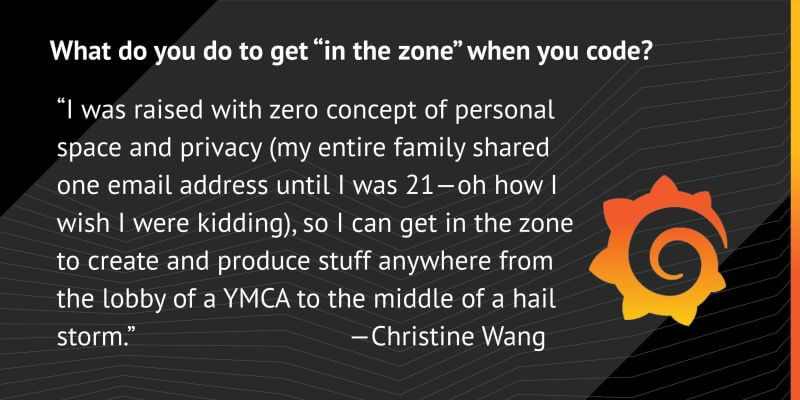 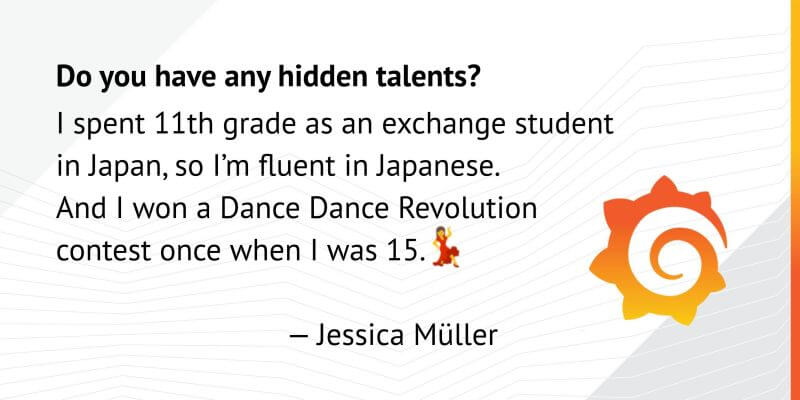