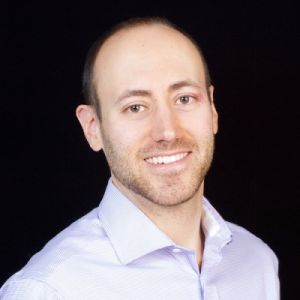 I manage our team of backend engineers in North America who work primarily on open source projects such as Cortex, Loki, or Prometheus. My aim is to enable the team to do great work in whatever way I can. One of the reasons I joined Grafana Labs was because of the people I met during the interview process – I was really impressed and hoped I could be lucky enough to work alongside them. I’ve also been very interested in working for a company that focuses so heavily on open source software, after only ever being a user of OSS, watching companies like Grafana Labs from the sidelines.

I haven’t made many public contributions, but I did get my first Cortex PR merged: I fixed a broken logo image link on the readme 🤓. Behind the scenes, I’m working with the team on some of our internal processes like making our internal cloud releases as easy as possible.

I enjoy spending time with my wife and two children. They keep me very busy, and I love every minute. Since starting to work from home, I’ve been trying to prep dinner to free up more time in the evenings for family time, which has been a really nice benefit. It’s not great for my sleep tracker metrics, but a few days a week I like to get up early and go to the CrossFit gym to get my dose of competitive exercise.

To get in the zone, depending on my mood I usually prefer silence, and when that doesn’t work (or isn’t possible) I like to play any kind of generally repetitive music.

Shortly after starting at Grafana Labs, I became obsessed with my microphone and not sounding too echoey while speaking in a room with a lot of hard surfaces. So now I’m one of those people on the video call with a big microphone on a boom just inches in front of my face, and I love it 🎙️😄!

I recently finished Silicon Valley over the course of several months, which qualifies as binge-watching for me.