No matter the size of the meeting, women often practice amplification to support one another. It works like this: When one woman makes a valid point, another one jumps in and repeats the statement giving credit to the original speaker. This forces all the men in the room to recognize a woman’s contribution to the discussion while also blocking any of them from claiming the idea as their own.

But there was one moment when I realized I was the only woman–not to mention the only woman of color–at the table. There was no other female engineer to amplify me, to support me as I made my point in a room full of male developers. So not one, but three colleagues cut me off or spoke over me and dominated the conversation. I was left speechless.

I was also angry. Like seething angry. Afterwards, I privately pulled one of the men aside to discuss the incident and how I felt.

But in the next meeting, when the same guy started to interrupt me again, I raised my hand instantly and said, “Excuse me. I was talking about that topic. I spoke to you about this matter privately, but that wasn’t enough. So now I’m going to finish talking, and then you can say what you have to say after I’m done.”

I learned to stand up for myself and speak out as a member of /dev/color, an organization for developers of color that works to empower Black software engineers and help them grow into industry leaders. The community began four years ago and has expanded to four cities–New York, Seattle, Atlanta, and San Francisco. Each location supports the A* Program, which accepts members to join a local peer group of developers to share advice and lean on one another as they advance in their respective careers.

I found out about the /dev/color A* program in Atlanta from one of my best friends who works at Netflix and belongs to the San Francisco chapter. And in July I attended /dev/color In Motion, the fourth annual conference that took place at the Facebook headquarters in Menlo Park, Calif. There I saw top execs from Twitter, Square, Facebook, Slack. Every tech company came out and spoke, and it was so amazing.

Going to conferences is par for the course as a developer because it’s a good place to network and also get introduced to new ideas and technologies you don’t hear about in your own circle. While many annual tech events can feel like people promoting themselves instead of sharing valuable information, there are opportunities to get more out of a conference. Here are three criteria I look for before attending an event to make sure I am getting an inspiring and impactful experience.

To be honest, normally at conferences most of the speakers are white and male. What drew me to /dev/color’s event was that most of the speakers were black. There was also a session that featured a lightning round of just women devs who got up and spoke about what projects they were working on or their experiences as women in a male-dominated field.

Don’t get me wrong, there were still white, male speakers as well. But it feels different to see yourself represented, especially at an executive level, throughout a conference’s programming.

Looking for events where there is a mix of voices will make for a more well-rounded conference experience where you can learn technical skills as well as hear from people who can relate to your career path or offer fresh perspectives within your field.

More voices also lead to more ideas. After the all-women talk, there was an interactive session where we were divided into groups to discuss a challenge women face in the workplace. I was at a table where we learned how to negotiate for compensation that wasn’t monetary such as more PTO, health coverage, those kinds of things. It was very eye-opening because I hadn’t really thought about negotiating for benefits. It was always about the money since I thought those add-ons are set in stone. So conferences can show you what is possible.

And it’s important to find events that bolster a community beyond the conference. There’s a /dev/color slack that all the chapters connect to as well as help channels so members can ask for dev assistance or talk about events in and outside of the dev world. There’s even a custom CMS where people can post their goals so other members can help them achieve them.

Also for each /dev/color chapter, we are split into squads of six or seven people, and we meet monthly. In my Atlanta group, there are three other leads, a junior developer, and an SVP of technology. Over dinner, someone will present a problem, and we share similar experiences we’ve had and what we did so everyone contributes and leaves with a takeaway from the conversation.

Here at Grafana, outside of GrafanaCon, we have an active community board where engineers can ask questions and often the Grafana team or one of the 600+ active developers in our community will weigh in with solutions or ideas to help you troubleshoot an issue.

The Akamai Edge conference in Las Vegas was very technical, and I was able to learn more about Akamai, which is a difficult tool so any more knowledge you can gain is useful. I attended workshops and tutorials and even got certified there. For Connect.Tech, I might learn about a new JS framework or how to use Arduino with JavaScript. So those are occasions where I’m learning new skills and great selling points to attend those conferences.

But you should also look for opportunities to learn soft skills. I feel like I learned a lot at /dev/color even though it was actually less technical. It wasn’t as much about coding as it was about navigating your job and your career.

One of my favorite sessions at /dev/color was given by Tia Caldwell, Senior Engineering Manager at Slack. She talked about creating a personal operating manual, which is a guide to dealing with her as a person. She also encouraged her team to make one for themselves so if someone came into work grumpy, she would know how to deal with you and help you feel better at work.

I also had a situation earlier in my career where I took over as lead developer for a project, but my team kept reporting to the old lead with their questions and problems. The advice I learned from /dev/color was to go around and tell each team member that the former lead is dead to you; you have to talk to me. And then I sat down with the guy whom I replaced and said, “If anyone comes to you about this project, please redirect everyone to me.” That actually worked really well. I would’ve been struggling to try and solve these problems by myself, but I now have a community around me to help. That’s made a huge difference.

As managers, sending your employees to conferences and allowing them to have new experiences relevant to their job will not only encourage them to stay motivated at work. You’ll also witness a boost in their morale because no one wants to just sit at their respective [workspaces] (https://grafana.com/blog/2019/07/03/inside-grafana-labs-our-workspaces-revealed/) day after day and not have any new opportunities to grow in some way.

And as a developer, when you’re given that chance to attend a great conference, even if it’s not directly related to your job, you will feel like you get more out of your job–and more direction for your career. 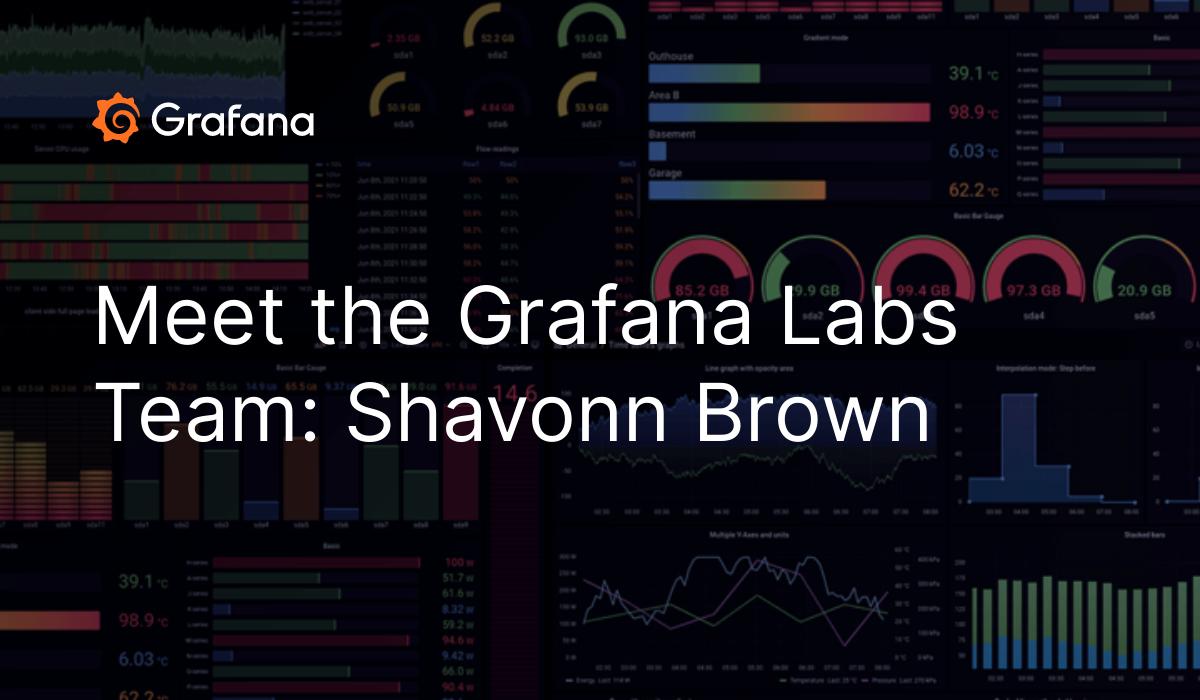 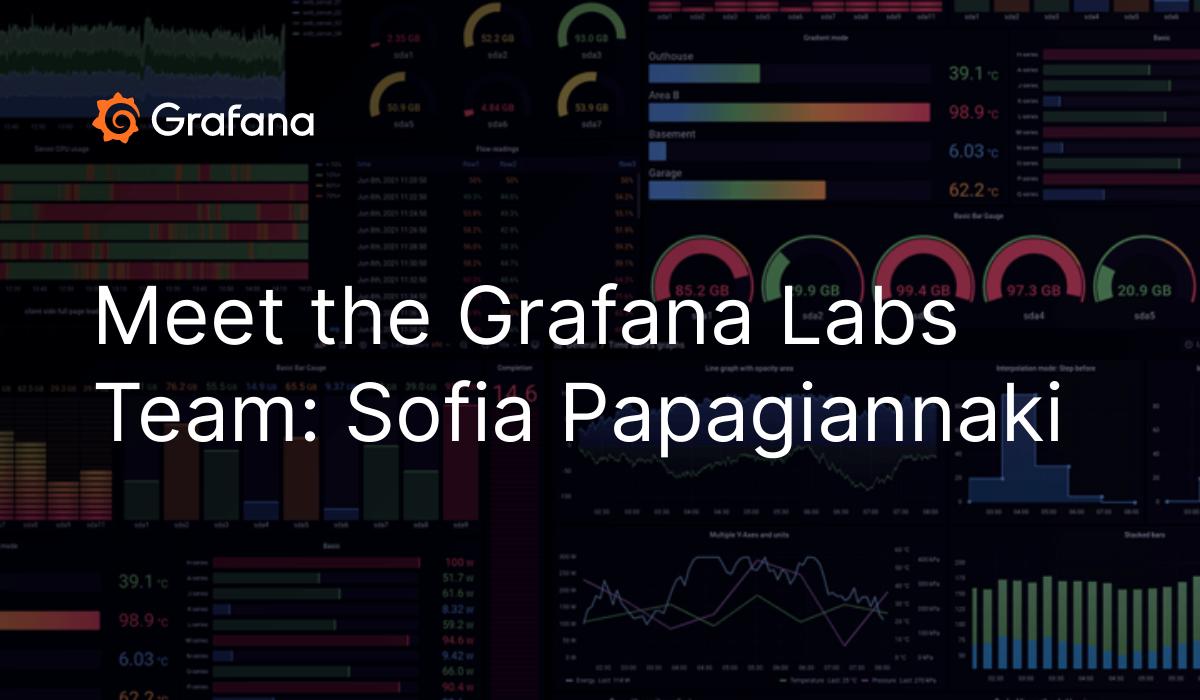 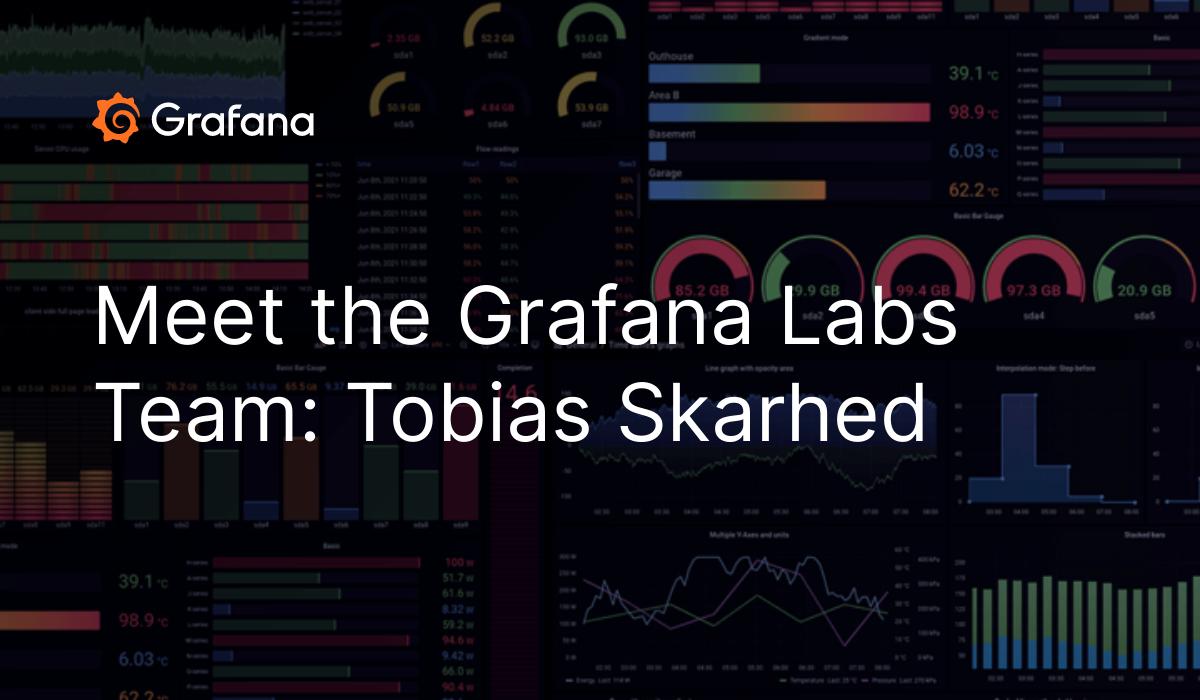