The recent 5.1 release focused on smoothing out the rough edges from the 5.0 release. The major highlights of the Grafana 5.2 release are these two much-requested, long-awaited features:

Another highlight is that Grafana’s docker container now supports Docker secrets which should make it more secure when providing sensitive configuration data to Grafana.

We got tons of useful improvement suggestions, bug reports and Pull Requests from our amazing community. Thank you all! See the full changelog for more details.

Grafana v5.2 ships with an updated Elasticsearch datasource with support for alerting. Alerting support for Elasticsearch has been one of the most requested features by our community and now it’s finally here. Please try it out and let us know what you think.

Grafana v5.2 brings an improved build pipeline with cross-platform support. This enables native builds of Grafana for ARMv7 (x32) and ARM64 (x64). Please try it out and let us know what you think.

We’ve been longing for native ARM build support for ages. With the help from our amazing community this is now finally available. We would like to especially thank fg2it for maintaining the unofficial Grafana ARM builds for the last 2 years and for all his work on the cross-platform support.

Another great addition with the improved build pipeline is that binaries for MacOS/Darwin (x64) and Windows (x64) are now automatically built and published for both stable and nightly builds.

The Grafana docker image adds support for Docker secrets which enables you to supply Grafana with configuration through files. More information in the Installing using Docker documentation.

The Prometheus datasource now aligns the start/end of the query sent to Prometheus with the step, which ensures PromQL expressions with rate functions get consistent results, and thus avoids graphs jumping around on reload.

The InfluxDB datasource now includes support for the mode function which returns the most frequent value in a list of field values.

Modified time range and variables are no longer saved by default

Starting from Grafana v5.2, a modified time range or variable are no longer saved by default. To save a modified time range or variable, you’ll need to actively select that when saving a dashboard, see screenshot. This should hopefully make it easier to have sane defaults for time and variables in dashboards and make it more explicit when you actually want to overwrite those settings.

Grafana v5.2 adds support for specifying an existing folder or creating a new one when importing a dashboard - a long-awaited feature since Grafana v5.0 introduced support for dashboard folders and permissions. The import dashboard page has also got some general improvements and should now make it more clear if a possible import will overwrite an existing dashboard, or not.

This release also adds some improvements for those users only having editor or admin permissions in certain folders. The links to Create Dashboard and Import Dashboard are now available in the side navigation, in dashboard search and on the manage dashboards/folder page for a user that has editor role in an organization or the edit permission in at least one folder.

Checkout the CHANGELOG.md file for a complete list of new features, changes, and bug fixes. 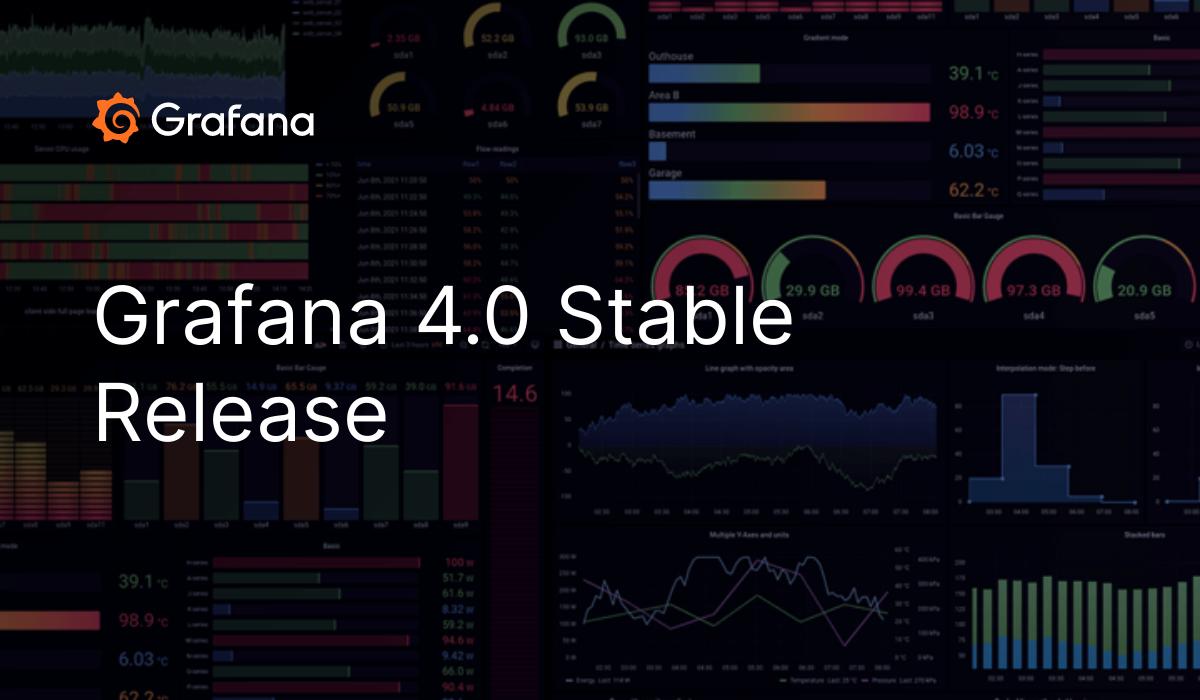 Grafana v4.0.2 is stable is now available for download. After about 4 weeks of beta fixes and... 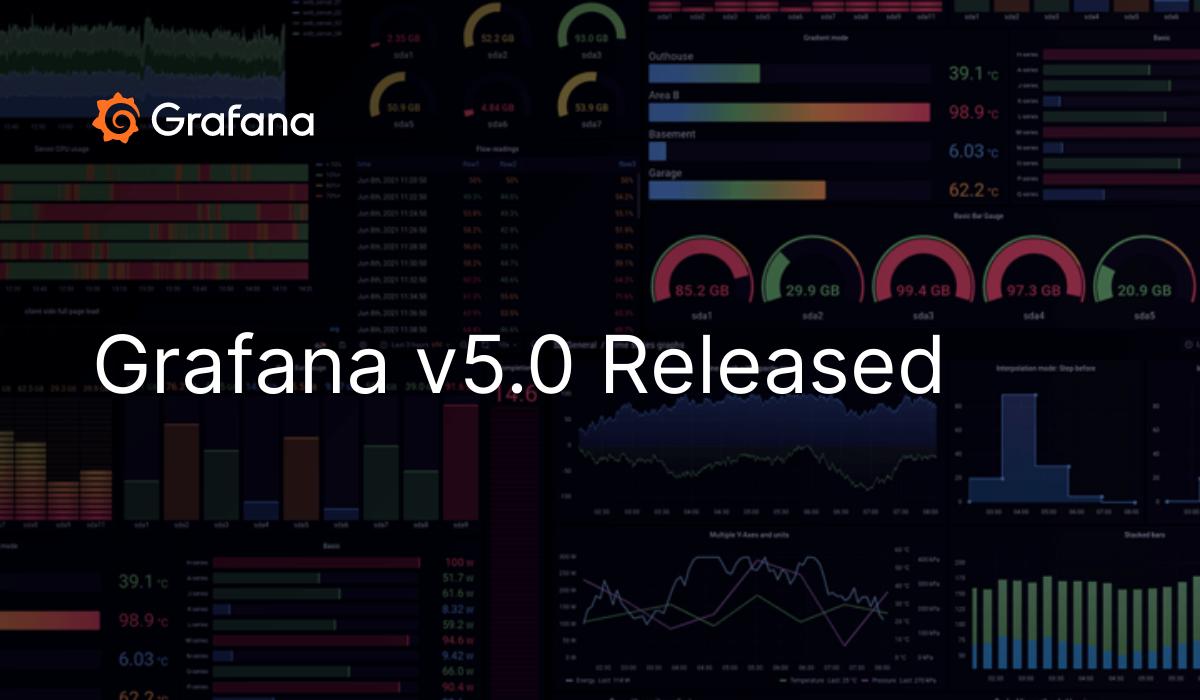 We have been working on Grafana v5 for most of 2017 and it’s finally ready! This release is... 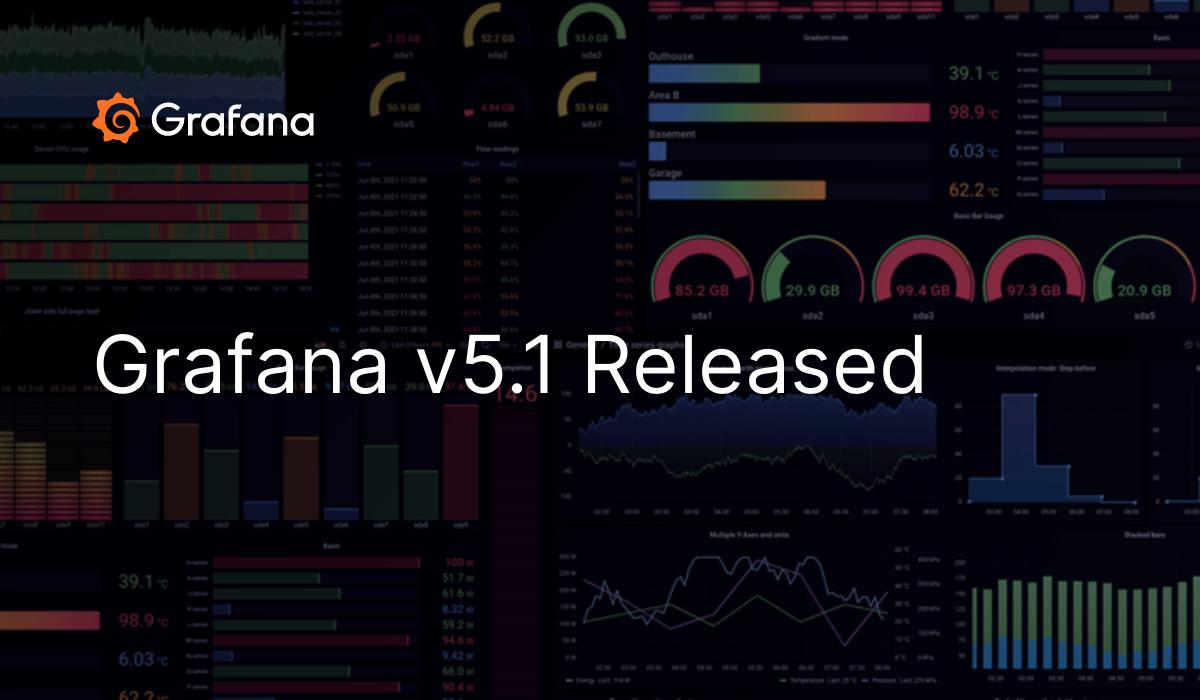 The recent 5.0 major release contained a lot of new features so the Grafana 5.1 release is focused...