The recent 5.0 major release contained a lot of new features so the Grafana 5.1 release is focused on smoothing out the rough edges and iterating over some of the new features.

There are two new features included, Heatmap Support for Prometheus and a new core data source for Microsoft SQL Server.

Another highlight is the revamp of the Grafana docker container that makes it easier to run and control but be aware there is a breaking change to file permissions that will affect existing containers with data volumes.

We got tons of useful improvement suggestions, bug reports and Pull Requests from our amazing community. Thank you all! See the full changelog for more details.

Grafana v5.1 brings an improved official docker image which should make it easier to run and use the Grafana docker image and at the same time give more control to the user how to use/run it.

We have switched the id of the grafana user running Grafana inside a docker container. Unfortunately this means that files created prior to 5.1 will not have the correct permissions for later versions and thereby introduces a breaking change. We made this change so that it would be easier for you to control what user Grafana is executed as.

Another improvement is that the Prometheus query editor now supports autocomplete for template variables. More information in the Prometheus data source documentation.

Grafana v5.1 now ships with a built-in Microsoft SQL Server (MSSQL) data source plugin that allows you to query and visualize data from any Microsoft SQL Server 2005 or newer, including Microsoft Azure SQL Database. Do you have metric or log data in MSSQL? You can now visualize that data and define alert rules on it as with any of Grafana’s other core datasources.

The using Microsoft SQL Server in Grafana documentation has more detailed information on how to get started.

The control for adding new panels to dashboards now includes panel search and it is also now possible to copy and paste panels between dashboards.

By copying a panel in a dashboard it will be displayed in the Paste tab. When you switch to a new dashboard you can paste the copied panel.

The feature request to align the zero-line for right and left Y-axes on the Graph panel is more than 3 years old. It has finally been implemented - more information in the Graph panel documentation.

Checkout the CHANGELOG.md file for a complete list of new features, changes, and bug fixes. 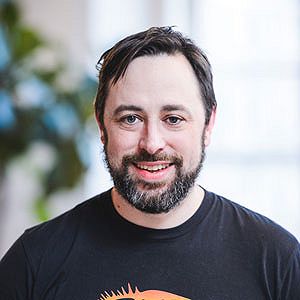 Attending Grafana ObservabilityCON? Here’s what you need to know

Grafana ObservabilityCON preview: October 27 is all about Prometheus

Popular community plugins that can improve your Grafana dashboards