We are now Grafana Labs

Today is a momentous day for the Grafana project and for raintank, the company behind Grafana. We’re rebranding as Grafana Labs, and announcing something we’ve been working on for the better part of a year: GrafanaCloud.

The growth and momentum of Grafana, and the popularity of the Grafana brand, has been unbelievable since we started raintank (indeed, accelerating the growth of Grafana is raintank’s #1 mission). As we mentioned at GrafanaCon, we’re tired of saying we are raintank, you know, the company behind Grafana? So, raintank is now Grafana Labs.

To further simplify things we are combining our websites into one, meaning grafana.org, grafana.net and raintank.io are all being combined to one new site on grafana.com. This new site will provide Grafana downloads, plugins & dashboard repositories, commmunity site & support, as well as our new GrafanaCloud offering.

Over the last year, we’ve noticed a pattern with many of our users. They enjoy using Grafana, but it’s often frustrating and time-consuming to maintain their full monitoring stack. GrafanaCloud is our vision of SaaS monitoring, done in a completely open-source, and composable way. The initial components of GrafanaCloud are Hosted Grafana for analyzing your metrics, and Hosted Metrics to store and transform them.

What does this mean for Grafana

This has no real implications for Grafana as an OSS project. It just means that the company behind it is trying to simplify its branding.

We are still dedicated to keeping Grafana 100% open source. Accelerating the Grafana project is one of the main reasons we sell things like Support Subscriptions, and have launched commercial offerings like GrafanaCloud.

Along with the launch of our new site we are also launching community.grafana.com. This new community / forum site will be Grafana’s primary discussion channel for anything Grafana related, meaning Grafana support questions, plugin topics, FAQ, TSDB related topics and other things the Grafana community want to share with fellow Users. This means we will close down the existing mailing list. The community site is using the great open source project Discourse.

We have grand plans for this year. Grafana Labs is now just about profitable, and we’re on the hunt for additional funding (ie. a Series-A round) to help accelerate our vision.

Not only will we expand the core Grafana team, but we plan on making some highly-requested improvements to Grafana as well. The list of things we want to improve is long. First we want to focus on the top rated issues: SQL Datasource support (Mysql & Postgress initially) and Dashboard folder & permissions. We also have a really awesome Heatmap panel in the works.

Parallel to core Grafana development we are also working on many premium plugins for commercial services like Splunk, DataDog and HP Vertica. These Premium Plugins are available with all support subscriptions. 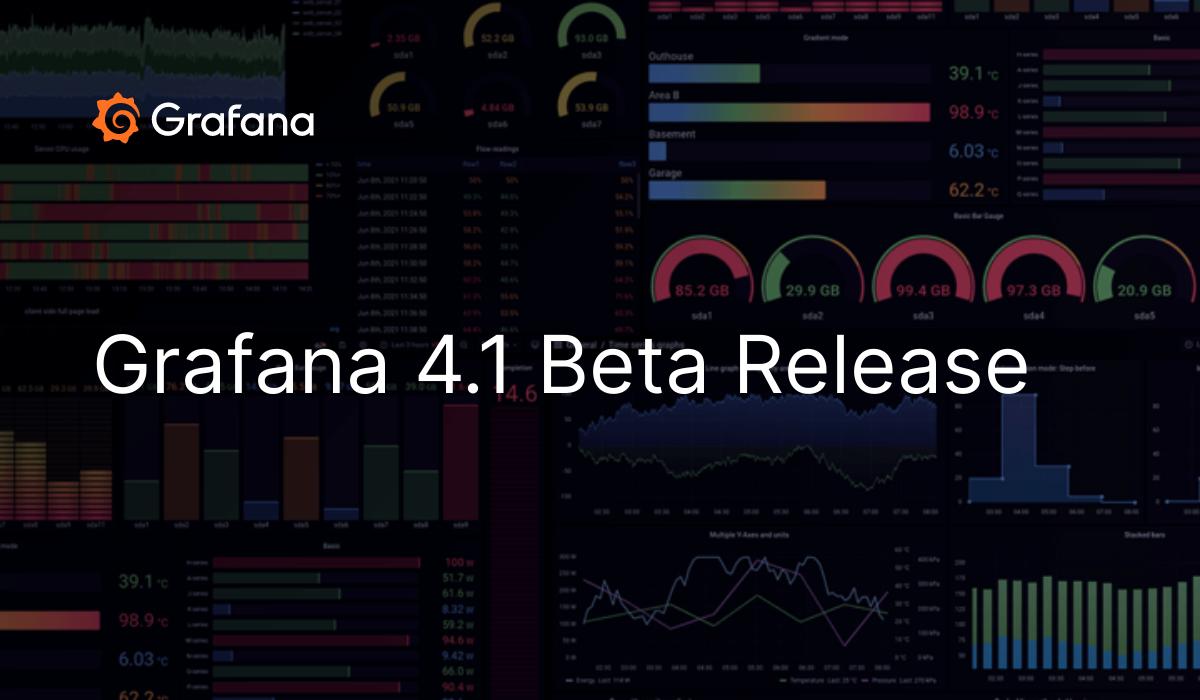 Grafana v4.1 Beta is now available for download. The new version contains a lot of improvement and... 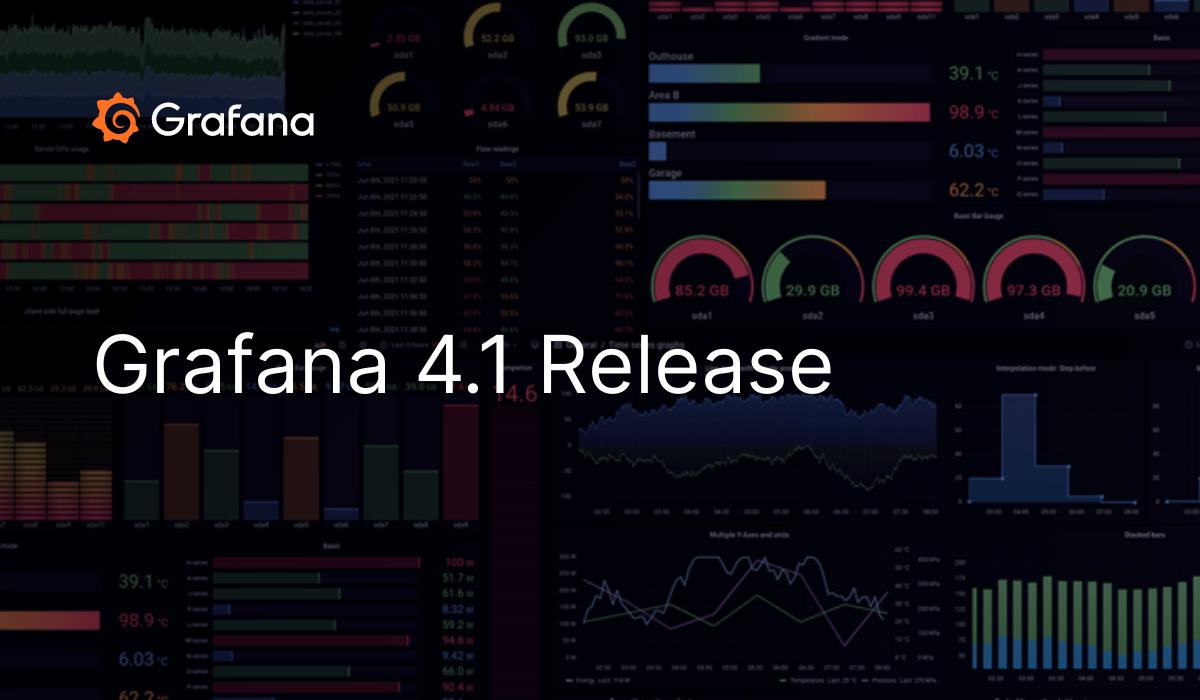 Grafana v4.1 is now available for download. The new version contains a lot of improvement and the... 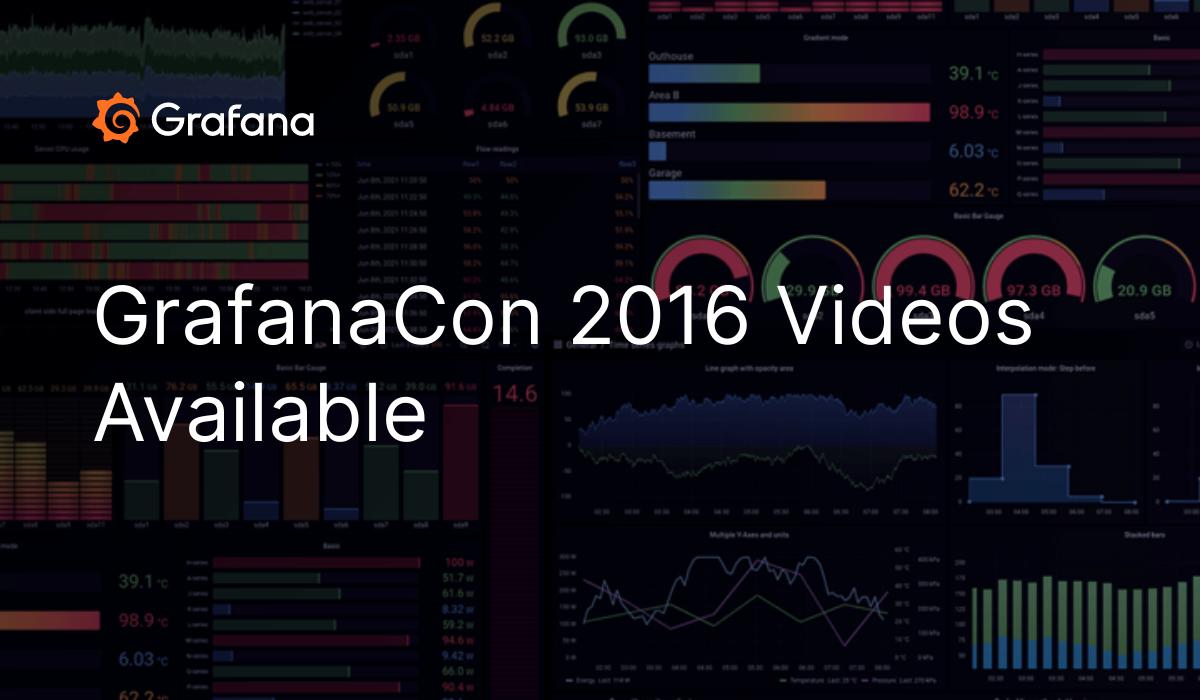 Last November we held the second GrafanaCon. This time it was actually a real conference and not a...